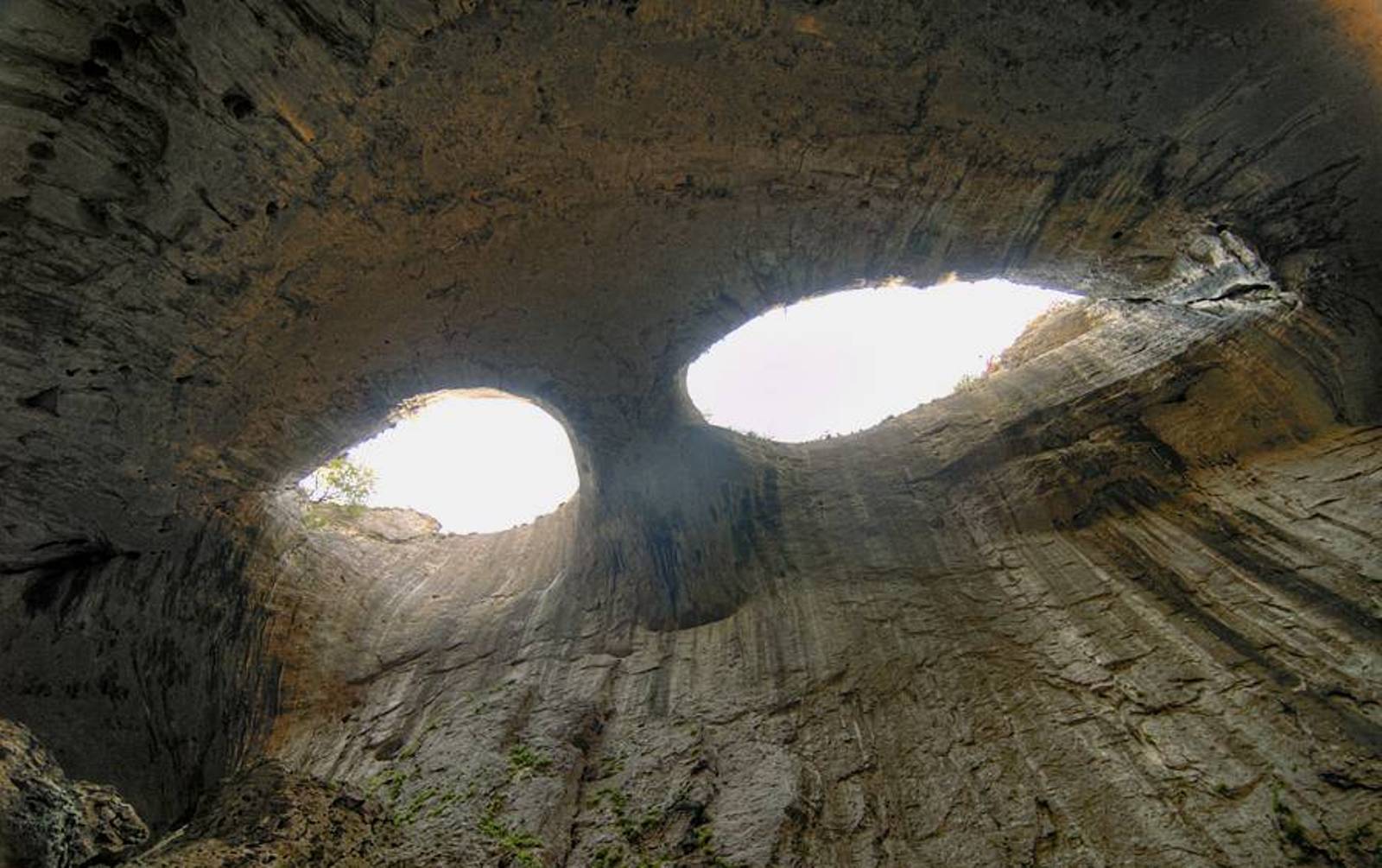 Prohodna Cave or also called “Eyes of God”, “God’s eyes” is the biggest attraction in the region. The cave is naturally lit and easily accessible, it can be visited all year round. Beautiful, mystical, unique, majestic, all such thoughts invade the minds of everyone who visits it, even once again.

As a result of erosion and seepage water, the phenomenon of Windows, also called God’s eyes, has formed on the top of the cave. The windows are two incredible rock formations, representing almost the same size holes in the shape of eyes. Prohodna Cave is unique not only with the phenomenon “Windows”, but also because of its 265 meters long. It is considered the longest cave tunnel in Bulgaria.
The windows were used as a symbol of God’s manifestation in the Bulgarian feature film “Time Apart”. Filmed based on the novel of the same name by Anton Donchev, in this film the Prohodna Cave is used as a background for most of the scenes. It has been the set of several Bulgarian and foreign films.
The height of one entrance reaches more than 40 meters and is the only such place in the world where bungee jumping from a cave vault can be practiced, it is also a popular site for climbers.

This landmark is located 9 km from the hotel.