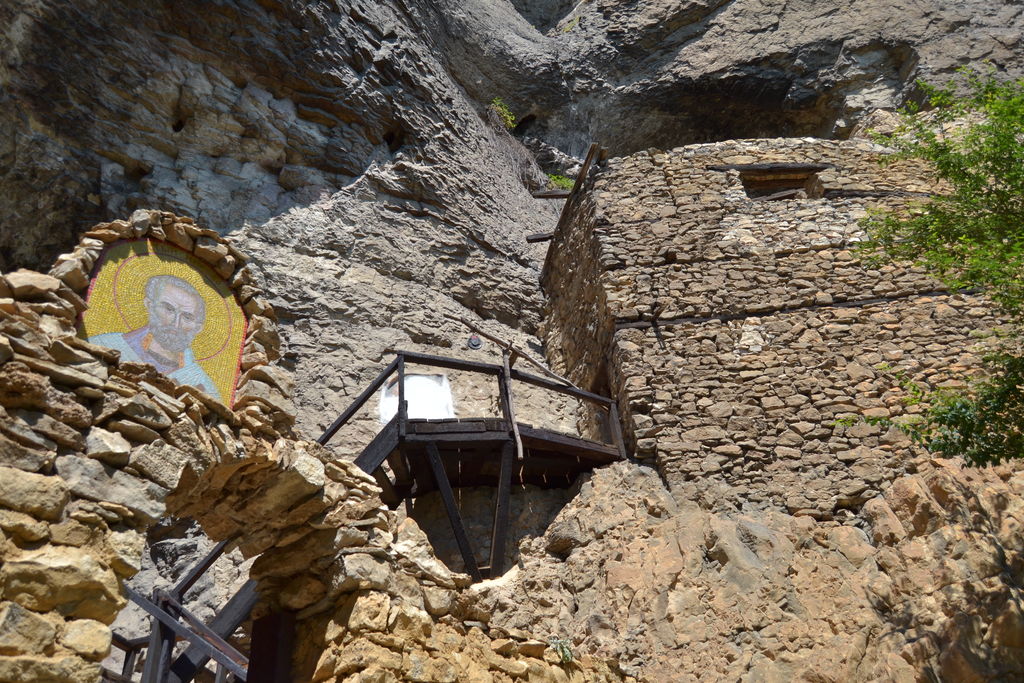 The Monastery of St. Nicholas (Gligora) is in a natural rock niche in the area of ​​Dolni Gligora.
About 100 steps are climbed to reach the monastery. Several beautiful frescoes and an altar have been made.

Adjacent to the church are a living room from the south and an outbuilding from the north. All buildings are two-storey because they are built on a natural stone threshold in the niche. The space that forms in front of the altar in the church (a niche 2 m deep) was used as a crypt, where the monks kept the bones of their deceased brethren.
There are three apse niches on the south outer wall of the church. This place was used as an outer chapel to the monastery.
The church was painted in two picturesque layers. The first is exactly dated 1360. The second layer is from the end of the 17th century. It is assumed that during one of the Tatar attacks the monastery was set on fire, after which its structure was strengthened and re-painted.
According to legend, the small cave behind the church was inhabited by a hermit monk. He became famous for his God-pleasing deeds and the local population built a temple on this place. About 150 m south of the monastery on one of the walls of the rock crown in the 50s of the 20th centuries was found an interesting graffiti inscription.
There is a distance to get to the monastery, which can only be walked on foot.

This landmark is located 15 km from the hotel.